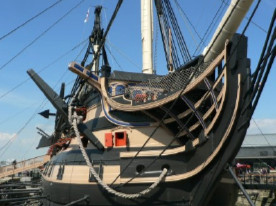 June and I enjoyed our return to Portsmouth. Last time we were there the club hired a coach – how times have changed. This time most of us went by car with a couple going by train. We spent Easter near Southampton so we drove to Gosport and
then reached Portsmouth by ferry which gave it an interesting nautical twist.

We especially enjoyed the new Mary Rose exhibition. Last time we were there they were still spraying the wreck with preservatives but now it is upright with walkways level with three of the decks and a most impressive display.

We also took the opportunity to visit the temporary exhibition about the Battle of Jutland. This gave me a very different impression from that given by a television documentary a few years ago.

There is a lot to see in the Historic Dockyard and we hope to go back again as our tickets are valid for twelve months and also include several other museums in the area.

Thanks to Roger and Denise for organising the trip for us. 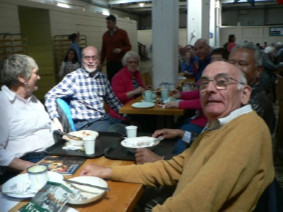 What greater way to start the day than having a Costa coffee with friends before the 14 of us all went our different ways to explore.

Roger and I started with the mighty HMS Warrior where we met up with Scilla and Neville. We were amazed how many decks she had and how much time passed as the tour guides regaled us  with their knowledge. Their enthusiasm and fund of interesting facts was amazing, and being a fairly quiet day they had plenty of time to chat. Built in 1860, she had enough guns for an army, but never fired a shot in anger. Her size frightened off all opposition.

After a convivial lunch we went into the Mary Rose Museum and were joined by June and David. Here again, the enthusiasm of the guides was outstanding. We hadn’t expected to be so touched by the experience of looking at history so closely.  Built
in 1510, the Mary Rose had served for 34 years before sinking and spending 437 years underwater. Everything had been lovingly restored and brought to life, enhanced by the use of modern technology.

We didn’t have time to see the other exhibits in the Dockyard, so it’s lucky our tickets are valid for a year and we can go back. A lovely day was finished off enjoying a drink on the balcony in Gunwharf Quays in the sun overlooking the harbour. 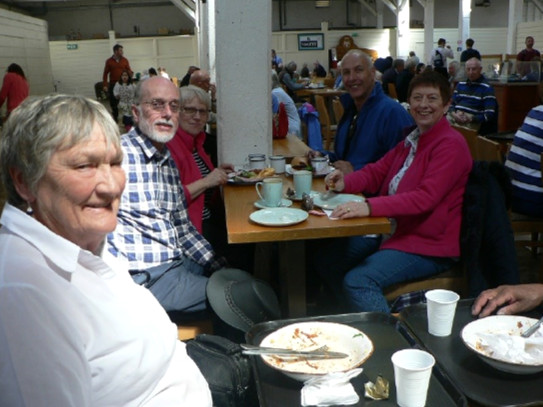 The day started with fine weather and, for us, a relatively short drive to Portsmouth as we were lucky enough to have stayed with Alan and Sue (Rosette) so the four of us travelled together. Parking was easy, thanks to David's directions although Sat Nav disagreed. Fortunately, we had bought our tickets on-line courtesy of Tesco vouchers so they only cost £7 each and are valid for a year. What a bargain! With everyone meeting in the Costa Coffee at the entrance, we didn't start until 11.30am.

Fearing crowds later on, we decided to go straight to the Mary Rose exhibition and the guide suggested this would take up to 2 hours. Little did we know how right this was. What a fantastic exhibition with so much to see and read. The way the ship has been displayed is incredible and if you wanted to look at everything then you could easily spend the whole day just there.

After that we toured HMS Victory, stopped for coffee and cake, then took the last harbour tour at 3.30pm which, again, was very interesting, and then saw the Battle of Jutland museum/exhibition. This was very poignant.

By this time, the day was waning fast and the Dockyard was closing so we headed off to Gunwharf Keys for some light retail therapy followed by a very nice meal in Frankie and Benny's before driving back. A fantastic day out and because we missed so much, will go back later in the year with the tickets still valid. 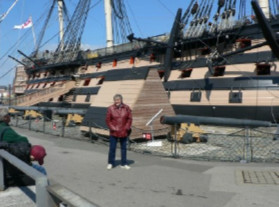