This year’s Laying-Up Supper meet was held at the RNLI college in Poole and part of the attraction and adventure is to ‘drive’ the lifeboat simulator. This is a life size model of the cockpit of the Severn Class of lifeboat, a 51 foot, twin caterpillar diesel engine ‘Fast afloat Boat’ as they are called. Our intrepid members took the helm with glee. Alan Darby, Phil Johnston, Tony Cliffe and Ron Pusey each took turns to helm the simulated rescue which is pretty realistic, while the simulator operator changes the
weather, hazard and other conditions as the simula?on progresses, to make thing progressively more difficult—or exciting! 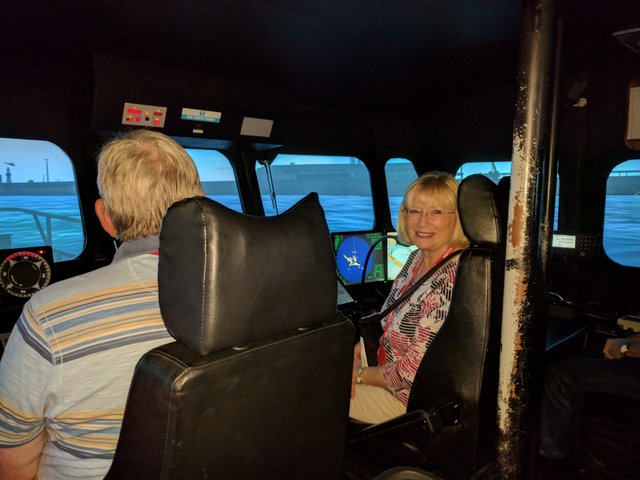 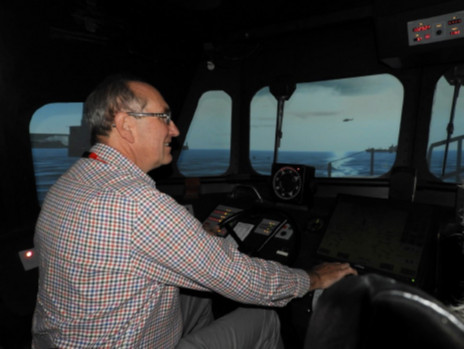 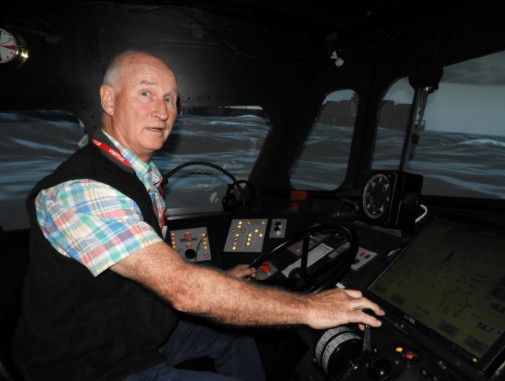 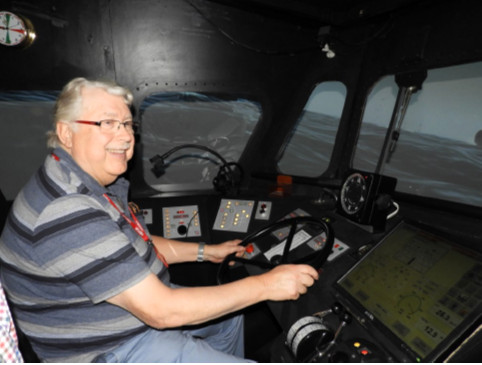 They were on a mission to rescue five people who found themselves in the water after a collision, just outside Dover harbour, involving a freighter and an oil tanker. There was a lot of debris in the water as well as the oil, which was on fire. The guys had to deal with a beam sea as well as worsening condi?ons that caused huge waves to break over the bow. It was so rough that some of those on board became a little queasy, including one of the helmsmen. But no names, no sick bucket…

Apart from the comforts of the hotel and the interst to boaters , there is a good little bar and restaurant with a dis?nctly nautical theme serving delicious food. Also a key attraction is the stunning vista over Black Water, with the setting casting its golden glow over boats at rest in the still water. The view can be enjoyed from the restaurant balcony as well as from many of the rooms.