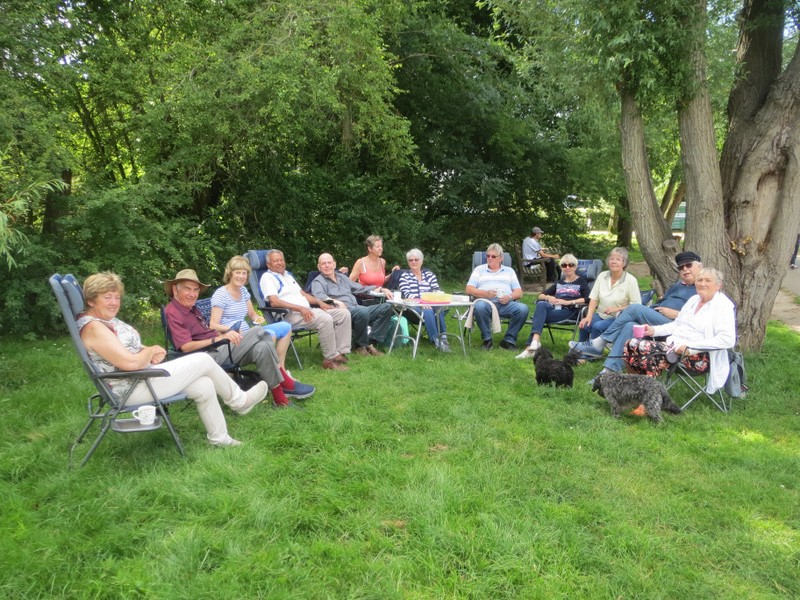 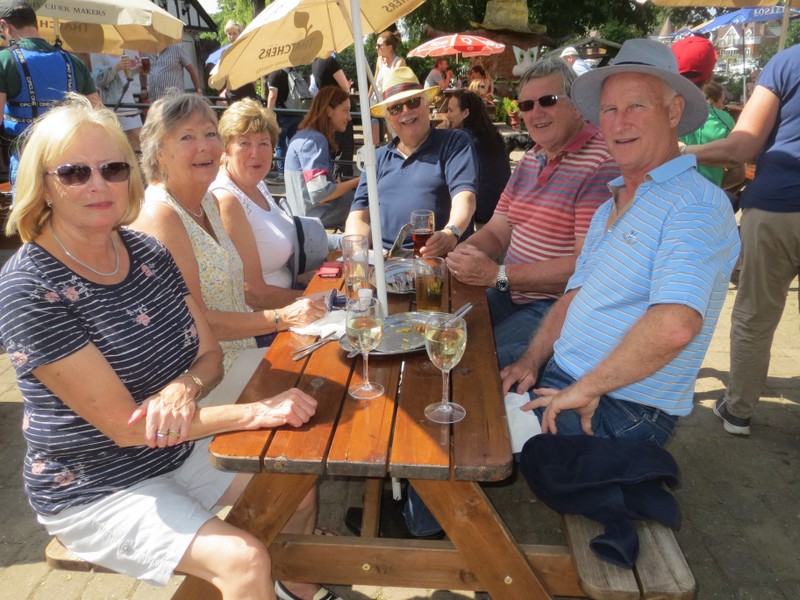 Wow, what a great week away upriver we have just had. As usual Phil produced a varied itinerary that originally included a two day stop at Pangbourne before starting the return leg. However, the mosquitoes at Pangbourne meadow forced a change of plan and Goring town moorings ended up as the furthest point we reached where we all stuffed ourselves with one of the biggest Chinese takeaways I have ever seen. This was Pastiche's first time through Whitchurch lock and she ran sweetly the whole trip with her new engine running in nicely.

5 boats did the whole 10 days with Miss Pud'n and Alfresco Lady joining us when we returned to Henley on the downhill run, nice to see Sylvie out on the water again with her crew of Neville and Scilla and assorted pooches. We were joined for afternoon tea by Roger and Denise, and Detlef and Debbie and over the week we saw 10 boat crews. Overall we had 2 meals out, 2 meals on board and 5 club BBQ’s and we only had to erect the marquee on 2 occasions showing just how kind the weather was to us all.

Yet again we owe a big thank you to cruise leader Phil for ensuring that we had the means and the facilities to have our BBQ’s despite having the problem of Kay's infected thumb to contend with. We trust that Kay's “op” has allowed her swollen digit to resume normal proportions.

The Upriver Cruise to Pangbourne was a great success. Alfresco Lady joined the cruise on the return leg, at Henley on Thames, after a three year absence from this cruise. It was good to see her on the river again, joining in on the cruise celebrations. Kerry Anne V arrived later in the day, Kay having had to have an operation on her thumb in Reading before cruising back to Henley. Well done Kay for being such a stalwart! The phrase ‘Keep Calm - Carry on Cruising’ comes to mind! 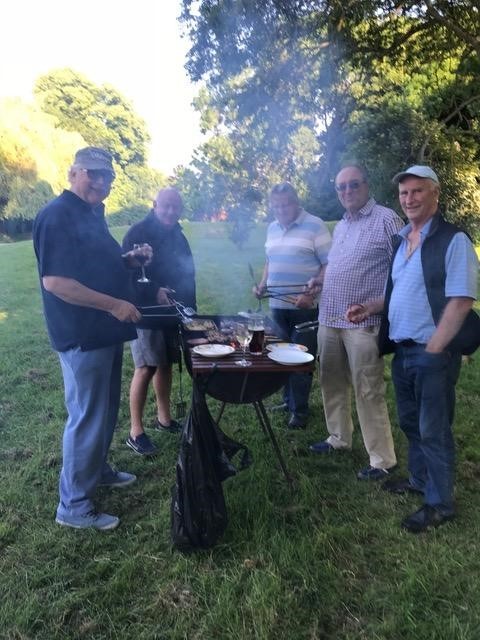 No it is not out of focus, blame the smoke. This was taken before Barry arrived with his 65,000 fish fingers!

We cruised in company to Cookham where a BBQ was  held on the Town Lawn. Scilla brought a Swedish Log to burn on the barbecue, and Barry who also joined us at Cookham, brought what seemed like a thousand Norwegian fish fingers to add to the confusion. Not to be outdone, the remainder of the club stuck firmly to English fare. The weather was kind enough for the marquee not to be needed.

A sunny cruise the following morning took us to Boveney Lock and the reserved moorings.  The wind had picked up so the marquee was used as a wind break, but had to be securely anchored down to ensure it did not join the fun downstream at Windsor. Another BBQ, more fish fingers for Barry and the end of the evening was celebrated on Alfresco Lady. Pieces of Eight and Malbec left us on the Saturday night to travel back to Bray – Father’s Day on the Sunday meant that most captains of boats were required to attend other ceremonies urgently on the Sunday.

An early start on the Sunday morning took the remainder of the boats back to Penton.

Thanks to Phil the cruise leader and to Tony who stepped in to when Kerry Anne V was detained at Goring. Another successful cruise, and our best wishes to Kay for a speedy recovery.