The upriver week away, well it was actually 10 days for those making the trip from Penton, was a month earlier this year to avoid clashing with the planned East Coast cruise organised by Graham and Lisa. As the annual “Rock the Moor” festival was being held at Cookham it meant the moorings were rammed with lots of double berthing. At the same time, much to the annoyance of the Cookham festival organisers, Tom Kerridge held his “Pub by the River” food festival at Marlow riverside which meant no mooring at Marlow as much of the town quay was reserved for Salters Steamers to offer river trips.

So it was that five boats left Bray at the start of the cruise with the loose plan of playing it by ear as regards moorings, just as well as the first available place to tie up was Fawley meadow at Henley. There was an early casualty with Pieces of Eight returning home after suffering a generator failure at Henley but otherwise the trip was a great success with the weather producing warm days with a fair amount of sunshine. We had 3 Club bbqs and shared a bottle of Champagne with Phil to celebrate his XXth birthday kindly provided by Alan and Sue. The evening meal at the Bull was our excuse to continue toasting Phil with his coming of age day, and I have to say that the tasty portions served were on the larger side of huge. 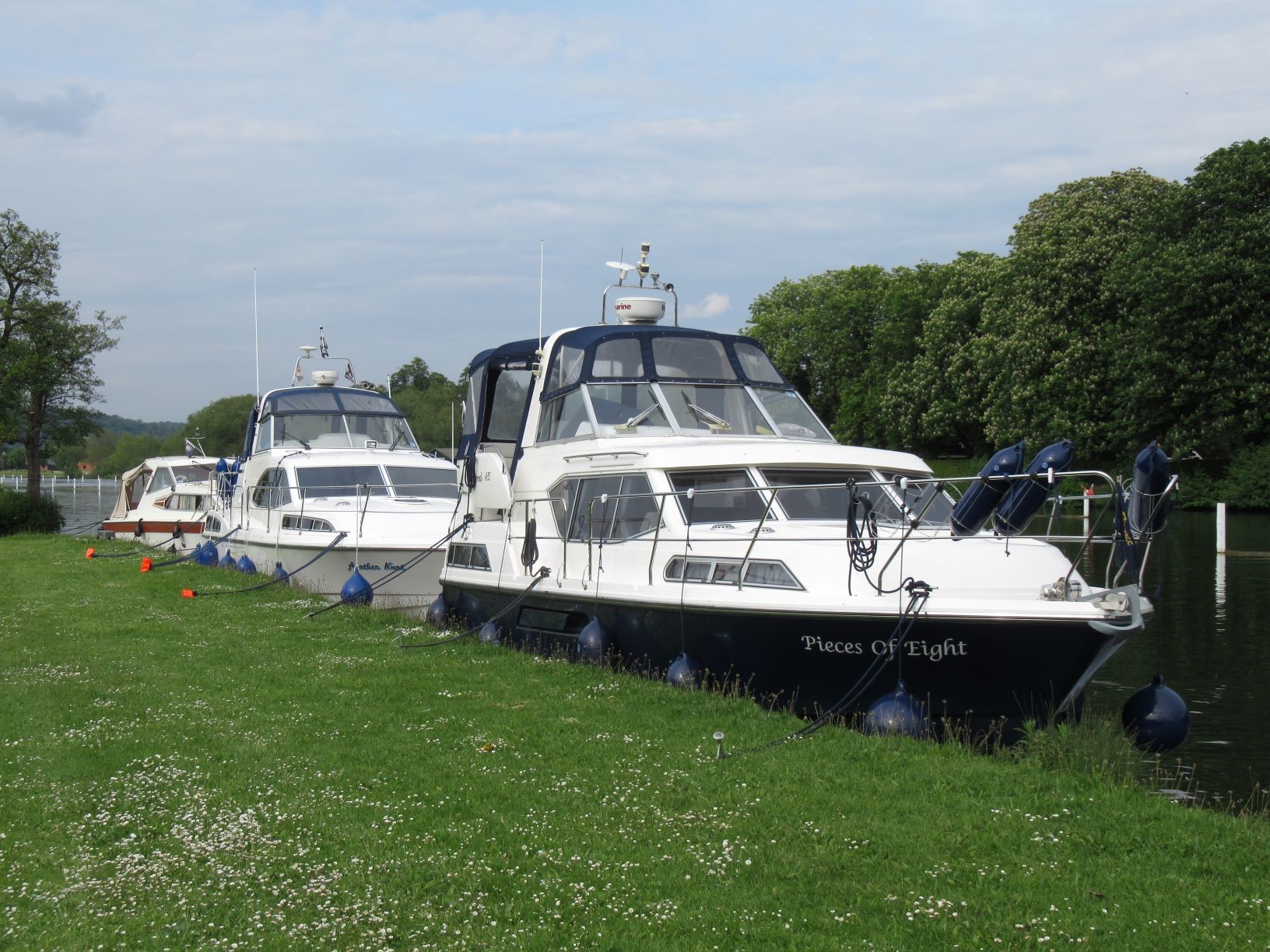 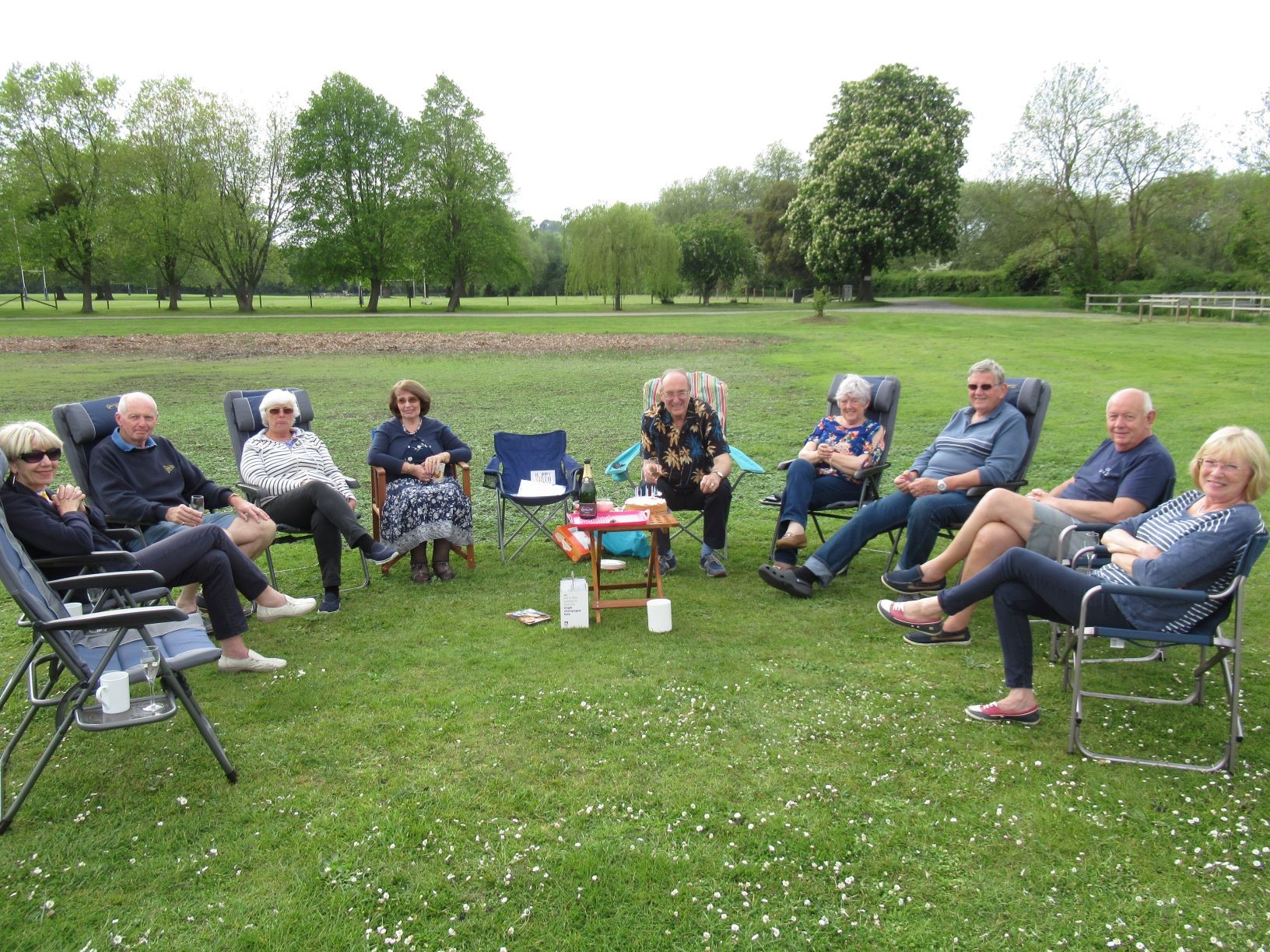 With our earlier than planned arrival at Henley we decided to stay there for a second night before spending 2 days at Pangbourne with bbq’s on both warm evenings. We had the pleasure one afternoon of being greatly entertained by Mike and Linda’s grandchildren Lara and Luke who were brought by mum Suzanne. Ha! Lara would outrun the Duracell Bunny all day long. 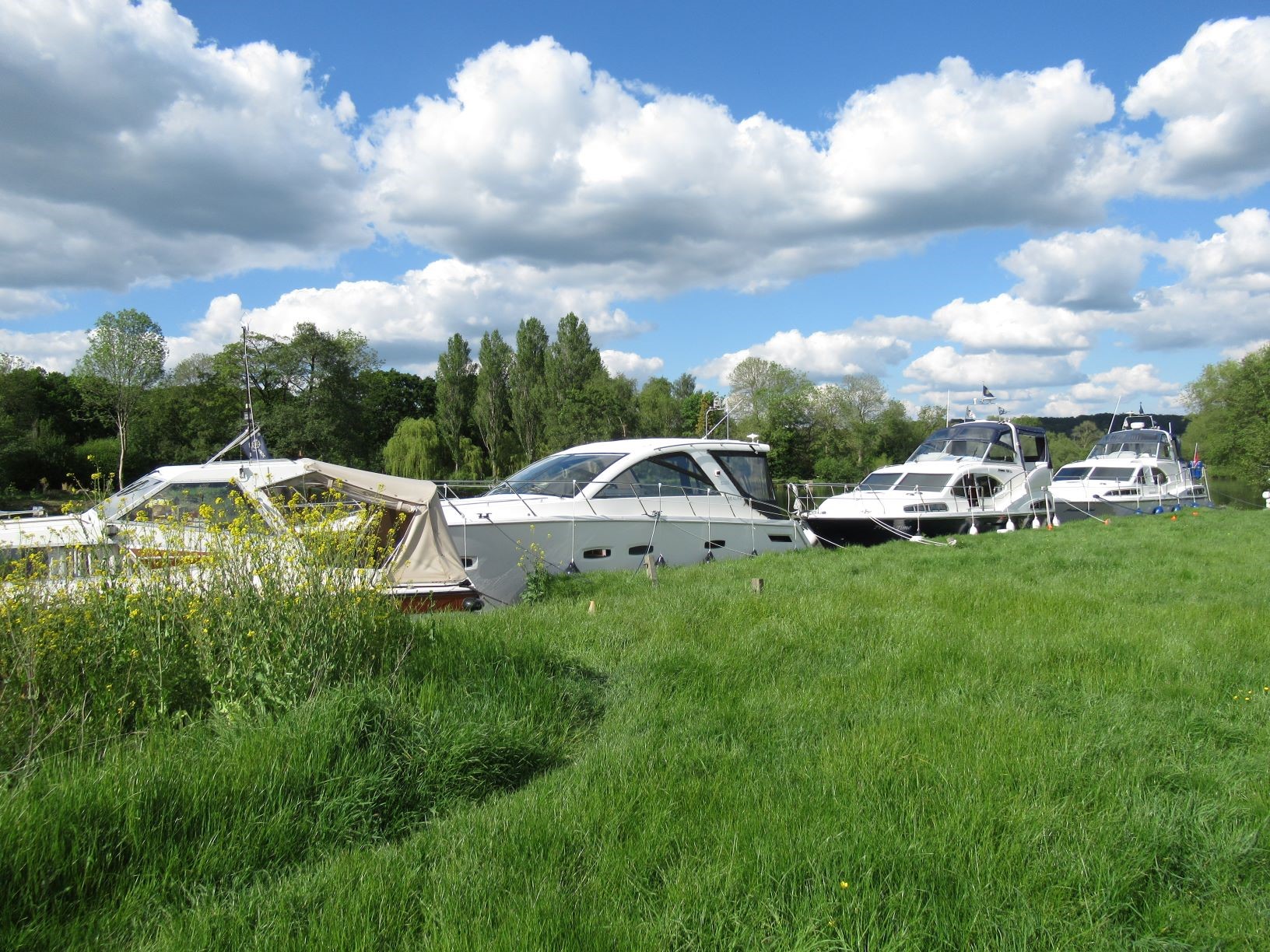 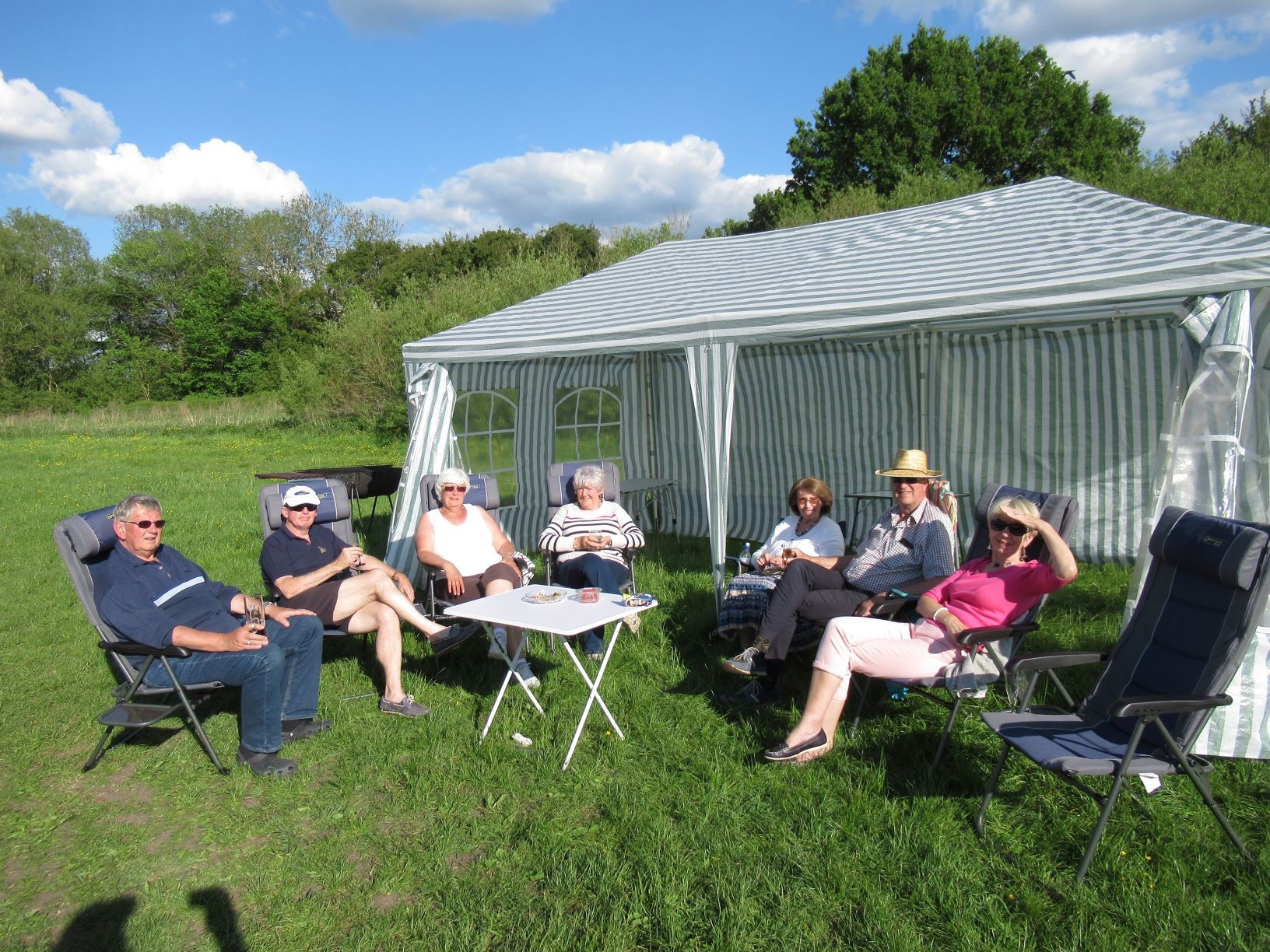 Onto Goring where we were checked out on the moorings by the lockkeeper, complete with clipboard, who confirmed that the first 24 hours were free. We all decided on a Chinese takeaway for the evening meal and I am pleased to say that the new, bigger Pastiche was able to accommodate everybody along with the 475 dishes that seem to be provided with the set meal for 6 that was ordered.

We had a casual cruise back to Henley for Curry Night at Wetherspoon’s where we were joined by Dudley and Ann, then onto Cookham the next day where we caught up with Barry and Sally for our next bbq.

This trip revealed the increased charges being asked for moorings this season. Windsor has gone up to £10, Cookham to £6 with £8 for canal boats and a hefty £14 if you want to tie up at Marlow Town moorings